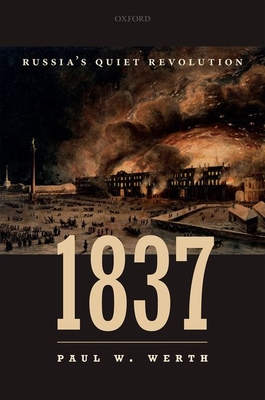 In his book 1837 Historian and Professor at the University of Nevada, Las Vegas, Paul W. Werth gives his readers a deeper look into the events that sculpted such a pivotal year in Russian history.

The year began with the death of famed poet, father of Russian literature, and the modern Russian language, Alexander Pushkin on the tenth of February, and ended with the conflagration that brought down the grand Winter Palace on the seventeenth of December.

1837 was a year charged with changing political currents and turmoil. However, more than just political events are presented in Werth’s work. The opera, specifically the compositions of Mikhail Glinka, who is considered to be the first major Russian composer, and the father of Russian classical music, is given much attention.

With each chapter having its own endnotes and bibliography, Werth has made it incredibly easy for his readers to spin off into their own research of each topic, as his book is just over two hundred pages, Werth does not have enough time to go into full detail of each of his subjects, rather, he gives an excellent overview, providing the most critical facts and pieces of information, while keeping his narrative lively, and engaging.